The Arab bath or hammam involves the purification of the body through baths and other hygienic care. In the 11th century, during the reign of the Zirid dynasty, Granada lived a period of splendor that was reflected in its architecture.

These baths were one of the main buildings of Arab architecture, which also served as centers for political and business meetings.

Most of the hammams followed the scheme of the Roman baths, with a cold room, hot room, warm room, and individual baths.

What to expect at El Bañuelo?

Visiting the Arab baths of El Bañuelo takes you deep into the heart of Andalusian Granada. It's one of the oldest buildings of Arab architecture in the Iberian Peninsula. These Arab baths, known as Hamman al-Yawza (Baths of the Walnut Tree), were built several centuries before the Alhambra, in the time of the Czarid King Badis.

A small pool leads to the main room of the baths, decorated with horseshoe arches and capitals with Roman, Visigothic, and Caliphate motifs. The star-shaped skylights of the vaults, distribute the light throughout the space and allowed the ventilation of the baths.

In the mood for a bath?

For a complete experience and to relive the atmosphere and intimacy that characterized the Arab baths, you can book the Hammam Al Andalus and enjoy a unique moment. This place reproduces the Arab baths of the 11th century through its architecture, dim light, and Andalusian music. You'll feel like being transported to another time! 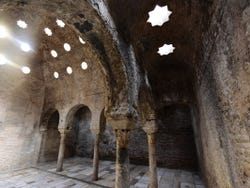 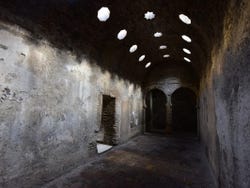 Arab baths from the 9th century 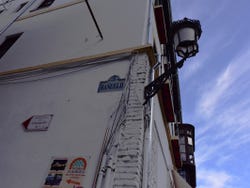 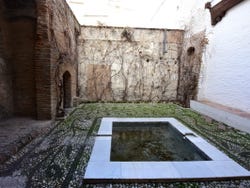 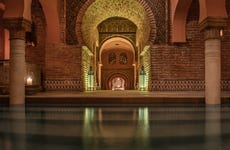