One of the natural wonders of Granada is without a doubt the Alpujarra. This area, which has kept its Amazigh structure, is a reflection of Granada's history and the city's Arab past. The region extends to part of the province of Almeria.

The main attraction of the Alpujarra lies in its rugged landscape dotted with small white villages built by the Arabs that grow staggered along the valley. The abrupt landscape of this area and the cobblestone streets from the time of Al Andalus stand out.

During the reign of Philip II, the Pragmatic Sanction of 1567 was enacted, a law that abolished the religious and cultural freedoms of the Muslims of Granada. The majority of these Muslims, who resided in the Alpujarra area, opposed this decree and staged the so-called Rebellion of the Alpujarras (1568 - 1571).

As a result of the protests, many Muslims were executed, expelled, or sold into slavery. The Alpujarra of Granada was practically depopulated.

Today, the Alpujarra is famous throughout the province for its handicrafts. The most traditional product is the jarapas, looms made with pieces of cloth and rags of different colors. Also, in many villages of the Alpujarra, pottery is made in the Nasrid style.

The most beautiful villages of the Alpujarra

If you don't have much time and want to visit the best villages of the Alpujarra, you can't miss Lanjaron, famous for its medicinal waters; Orgiva, a reflection of Arab customs; Pampaneira, with beautiful views of the valley; and Capileira.

How to get to the Alpujarra from Granada 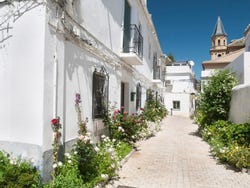 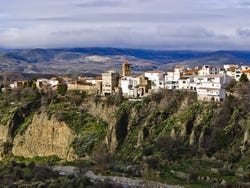 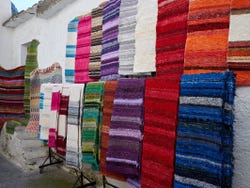 Sierra Nevada How to get to Granada