House of the Pisa family

After the capture of the city by the Catholic Monarchs, the Pisa family ordered the construction of an elegant stately palace next to what is now known as Plaza Nueva. This family of merchants was very influential in 16th century Granada and its members came to occupy public positions and to form part of the Royal Chancery.

However, the Pisa family is remembered in the history of Granada history for taking in St. John of God during his illness. The "saint of the sick" spent his last days in this house, which houses several richly decorated rooms, an Arab-style inner courtyard, and a small chapel.

A museum full of history

The artistic and heritage richness of the San Juan de Dios Museum is evident in its twelve rooms. During the tour, it is possible to admire paintings, engravings, ivories, furniture, and porcelain from the XVI century. Many of these objects have been donated by religious institutions.

Among the painters and sculptors who left their mark in the Casa de Los Pisa are Pedro de Raxis, Pablo de Rojas, Diego de Mora, Alonso Cano, and Juan de Sevilla. In addition, the museum exhibits Arab tiles from the 14th century, Flemish panels, objects from Africa and America, and documentation related to the hospitals of the Order of St. John of God.

The most important room in the museum is the room where St. John of God died prostrate, holding a cross for more than eight hours. During the visit, the personal objects of the saint, such as the cane, the alms hood, and the crucifix, are also displayed.

If you're curious to learn more about the life of this saint, we also recommend a visit to the Basilica of St. John of God, where his remains are laid to rest. 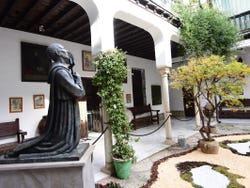 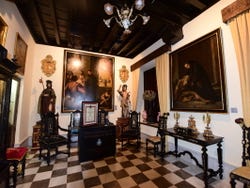 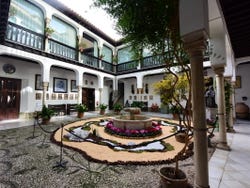