El Realejo-San Matias extends from the hill where the Alhambra is located to the Fuente de las Granadas. It's a neighborhood with a lively atmosphere all year round, where two distinct areas can be found. The lower part of the Realejo is a flat area full of terraces and tapas bars, while the upper part is characterized by narrow streets full of steep slopes.

In order to understand the origin of the Realejo, one must go back to the time of the Muslim era, when the Jews who lived in the city grouped their homes and businesses around an area that came to be called Garnata al-Yahud (Granada of the Jews).

The Realejo became the Jewish quarter of Granada until the city's capture in 1492 when the Catholic Monarchs also decreed the expulsion of the Jewish people from the city. It was then that the Realejo began to take on the appearance it has today.

What to see in the Realejo

The Realejo is the quintessential tapas area of Granada. Not only can you enjoy food in this neighborhood, but you can also take the time to visit the Campo del Principe and admire the Cristo de Los Favores. Every Good Friday, thousands of people from Granada gather around this figure to ask for three favors, following a historical tradition.

In Realejo you can also visit the Church of Santo Domingo and the Casa de los Tiros. Also, when walking around the Realejo you can admire many graffiti of the Granadian artist El Niño de las Pinturas, which name translates to The Child of the Paintings.

How to get to the Realejo

The proximity of the Realejo to the center of Granada and other neighborhoods will allow you to walk there from virtually anywhere in the city. Another more comfortable alternative is to use the C30, C32, and C35 buses, which all go to the Realejo. 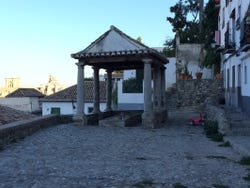 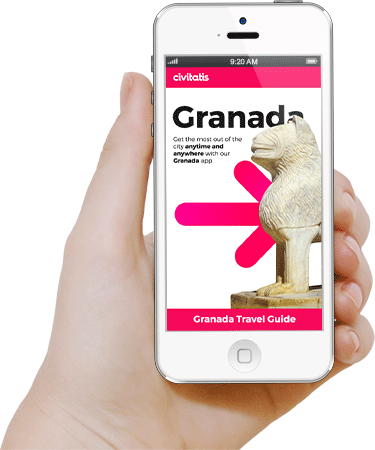