Located just over two kilometers (1.2 miles) from the center of Granada, the Royal Monastery of Nuestra Señora de la Asunción de la Cartuja is a large religious complex that housed the Carthusian monks for three centuries. This monastery is one of the most important works of Spanish Baroque.

The sobriety of the exterior façade and the main portico contrast with the interior decoration, achieved through paintings, frescoes, sculptures, vaults, polychrome woodwork, and a myriad of artistic techniques.

The construction of the Cartuja Monastery began in the 16th century and the works were not finished until two centuries later, which is why the monastic complex combines Plateresque, Renaissance, late Gothic, and Baroque styles.

At the beginning of the 16th century, the Christian nobleman Gonzalo Fernández de Córdoba, better known as the Gran Capitán, gave part of his land for the construction of a monastery. Although the nobleman finally gave up the project, the Monastery of the Carthusian monastery began to rise in 1506 on an old Arab carmen.

The Carthusian monks inhabited this religious complex until they were expelled during the disentailment of the 19th century. The Carthusian monks were subject to a vow of silence and hardly left the monastery, so they spent the day praying, meditating, and studying.

In 1932, the Carthusian Monastery was declared a National Historic-Artistic Monument. 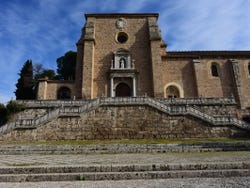 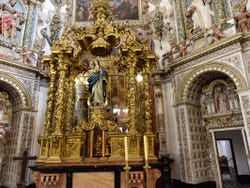 Altar dedicated to the Virgin of the Assumption 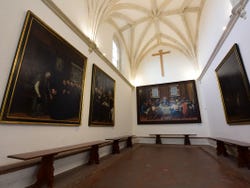 Refectory of the Cartuja Monastery 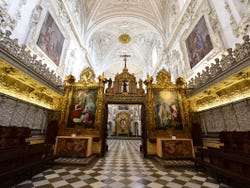 Church of the Asuncion in the monastery 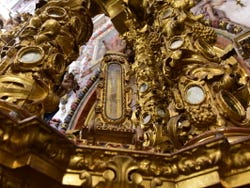 Relics of the Cartuja monastery 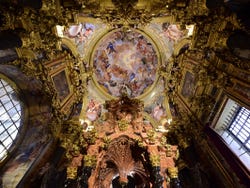 Baroque dome of the monastery 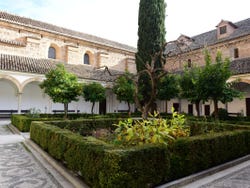 Courtyard of the Cartuja Monastery 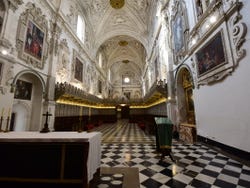 Central nave of the Church of the Asuncion
8See photo gallery

Paseo de Cartuja, s/n, next to the University of Granada.