The Science Park of Granada is a 70,000 square meter (17 acres) complex dedicated to various branches of science, such as physics, chemistry, and biology. Its main attraction is its interactive exhibits, designed to involve visitors and encourage educational entertainment.

The museum's various exhibits explain concepts related to the universe, the biosphere, light, and color, robotics, and science in general. Also, the Science Park often hosts temporary exhibits dedicated to technology, music, and various other topics.

The museum also houses a large 50-meter-high (164-foot-high) observation tower, perfect for overlooking the city, Granada's most important neighborhoods, and some of its main monuments, such as the Alhambra. 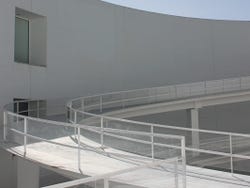